Gothic stained glass had already been the subject of several previous interventions, including a restoration in the 16th century and another in the 19th century. In the 16th century there was a fire that made an extensive damage to the stained glass, the remaining pieces of glass and lead were repurposed during restoration. The stained glass windows of the Cistercian order are characterized by clear glass and geometric, nonfigurative patterns, such as motifs of ribbons that make knots.

In 2015 was carried out the conservation-restoration of a window. The objective of the intervention was to slow down or stop the deterioration processes. As is preventive conservation method an isothermal protection glazing system was installed. 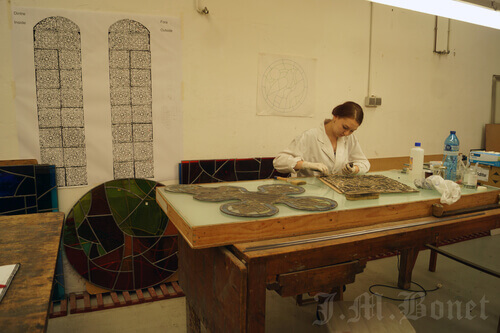 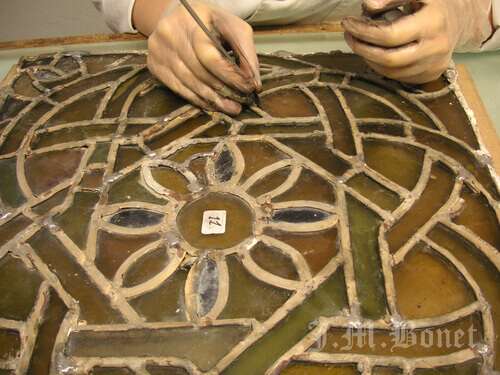 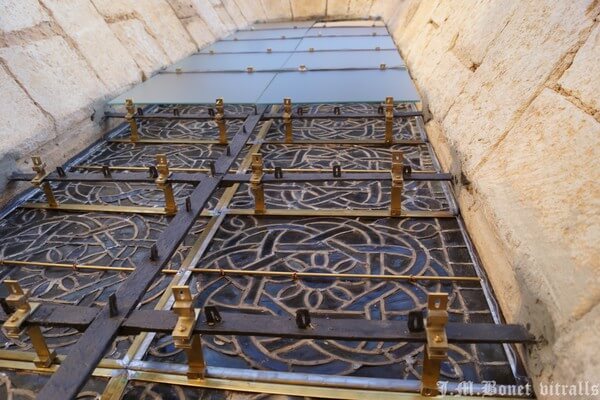 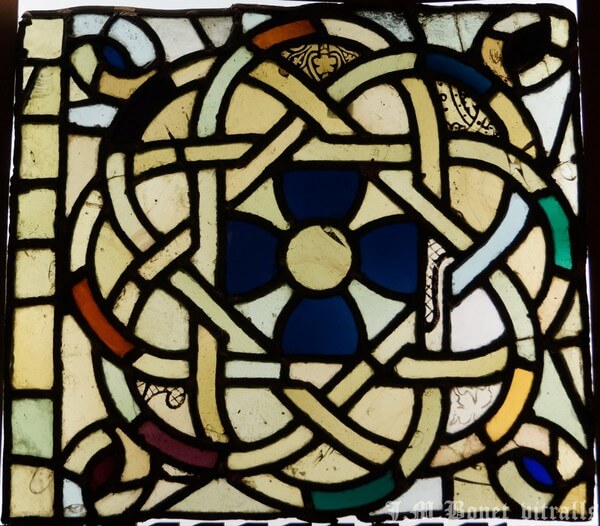